Strait of Messina Bridge and the Role of Organized Crime

The Master of every infrastructure, a monument to the waste of resources and land consumption, dream of omnipotence of an inept and parasitical political class. This is the bridge over the Strait of Messina, the “ecological monsters” whose construction should start by the end of next year, and has already broken all the records: It is in fact the most expensive project in the history of public infrastructures, the slowest ever to be conceived, the one requiring the biggest quantity of cement and concrete; finally, it will have the longest single span in the world: 3,360 meters, that is, 1,400 more than the technological Japanese “jewel” Akashi Kaikyo.
In the enchanting scenery of Scylla and Charybdis, the mythological monsters praised by Homer, two towers made of concrete and steel, 382.60 meters high, each formed by two piers over 50 feet in diameter, supported by four steel rods for a total weight of 166,600 tons, should be built. The volume of the foundations will be, in Sicily, of 86,000 cubic meters, while in Calabria of 72,000. In addition to the bridge itself, 40 km of road links and railways (a 2 km viaduct and a 20.6 km tunnel), mega-landfills, quarries, and connecting structures will be built. The project will involve vast territorial areas in the provinces of Messina and Reggio Calabria: The extension of the areas touched by the project amounts to 514,000 square meters, to which should be added the landfill sites, placed up to 50 km from the infrastructure, for a total of 764,500 square meters.
The construction of the bridge and the associated works will involve an overall requirement of materials amounting to 3,540,000 cubic meters and a production of resulting materials from excavations amounting to 6,800,000 cubic meters. Other unsustainable pours of concrete, for a total of 117,000 cubic meters, are scheduled to complete certain infrastructural "services" related to the Bridge (a business center, a shopping center with hotels, restaurants, an amphitheater, a museum in Calabria, a service station in Sicily). The costs estimated by “Straits of Messina SpA”, the public holding in charge of the constructions, amount to 8.5 billion euros (at least 10, according to the “No Bridge Network”, a civic association opposing the project ) – a huge project that for over thirty years appealed to the most heinous national and international gangs.
That 40% fee
Parliamentary committees of inquiry, magistrates, police, intelligence agencies, scholars and experts have repeatedly remarked the interests of organized crime in the bridge construction. The first alarm of the investigating bodies dates back to 1998, when the Anti-Mafia Investigation Department (DIA) denounced the "attention" shown by 'Ndrangheta and Cosa Nostra (respectively, the main Calabrian and Sicilian criminal organizations) over the infrastructure construction project. Since then, the theme of criminal infiltration in the project appears constantly in the monthly reports submitted by the Antimafia Investigation Department. The Mafia-Bridge link is also scrutinized by various intelligence agencies. According to the Report on security policies, presented to Parliament by the Secretary of the Presidency of the Council of Ministers at the end of 2002, “Thanks to the strategic capabilities of charismatic leaders, the high skills of camouflage and ability in the management of funds of illicit origin, and the infiltration of companies engaged in the construction of big infrastructures, the 'Ndrangheta has shown growing dynamism in its attempts to contaminate the processes of economic development of the so-called big works. Among other things, it has been detected a convergent interest by the Sicilian mafia families in view of the possible interception of cash flows for the realization of the Messina Strait Bridge".
In July of that year, the magistrate Alberto Cisterna, a prosecutor of the National Anti-Mafia Directorate, dwelt on the risks stemming from the criminal interests for the Bridge. "There are evidences, in terms of investigation, to assert that the 'Ndrangheta is getting ready to take advantage of the deal", declared Cisterna. 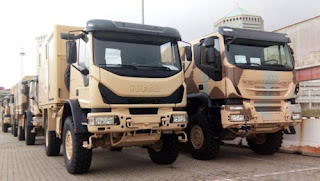 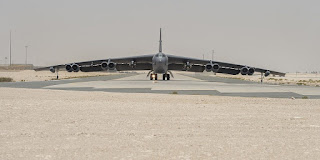